LondonEnergy may be a relatively new name for us, but we have been serving the residents of North London for over 50 years.

Although we’ve gone through several changes during that time, one thing has remained constant: our desire to provide effective, sustainable energy, recycling, and resource management and, ultimately, eradicating waste going to landfill.

The energy plant was built over 50 years ago in 1969 by the Greater London Council (GLC). It was the first energy from waste facility in the UK called the Edmonton Solid Waste Incineration Plant. The plant processed household waste and in 1970 started exporting to the Tottenham National Grid. In 1986 the GLC was abolished, and the Waste Disposal Authorities formed – North London Waste Authority (NLWA). The NLWA covers seven north London boroughs with around 1.9 million people and produces about 650,000 tonnes of waste every year. 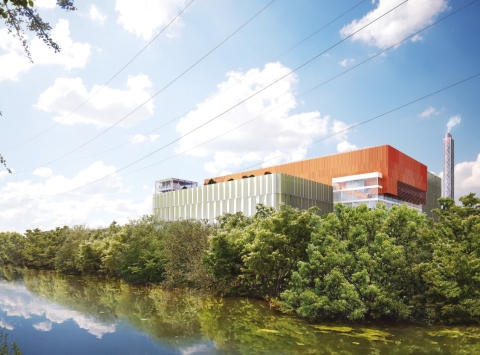